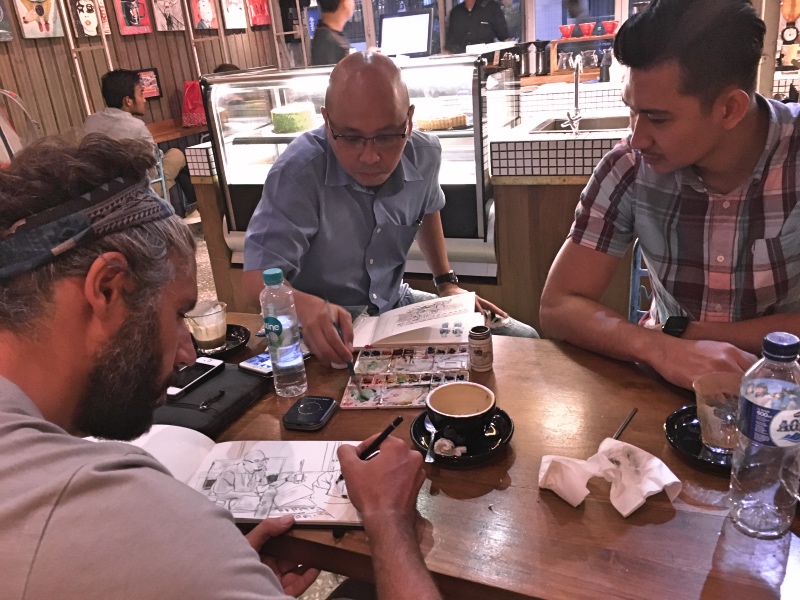 The day had to start early at 4:45 in the morning, because the meeting point was at Muara Baru, around 2h from where I was staying, in Bekasi. I met the sketcher friend Nugraha at the train station Kranji, and from there we head to Kota Tua. My eyes were so heavy that I couldn’t help to have a little nap during the one hour journey in the train.

When we arrived at the harbor, I immediately started to sketch. I wanted to capture the fisherman working, but in less than a minute I became the focus point. It always happens when someone notices that I’m drawing something. I’m so used to it nowadays that you can see from the pictures how “in the zone” I am while I sketch. 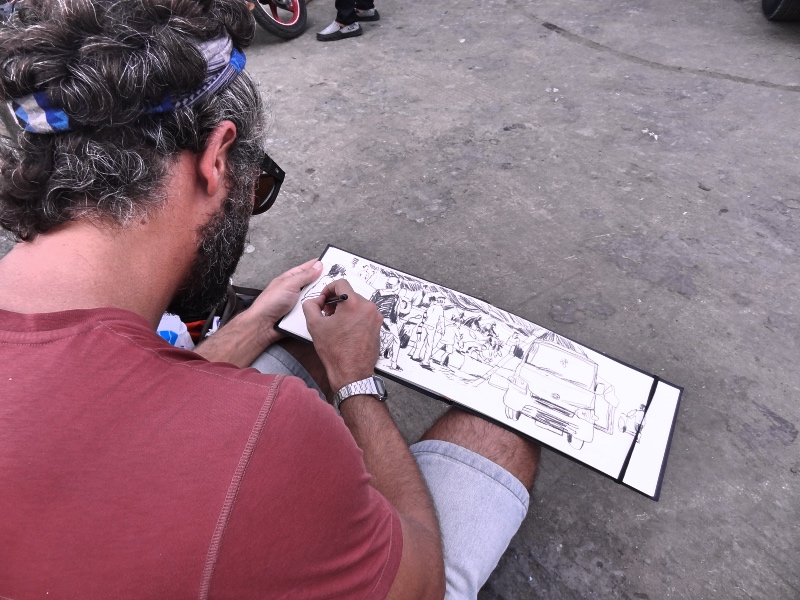 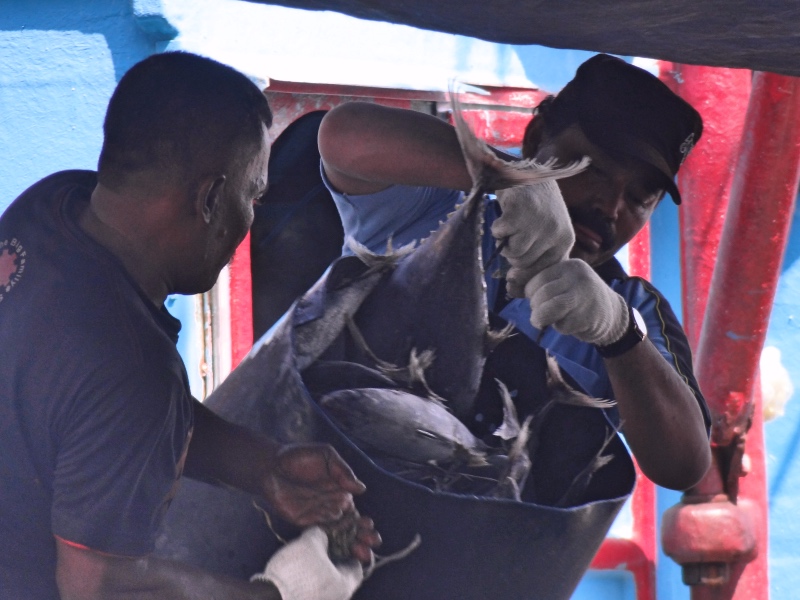 Buckets of frozen tuna were drop in the land. Those fishermen were back from the ocean after for 4 months of fishing. From the time we arrived, until we left, they didn’t stop (more than 3 hours). On this same place, during the night, it becomes a fish market. People can actually buy the fish and ask for locals to grill it and eat there.

The scenery was quite sketchable due to many things going on. The smell was very fishy and the sea, unfortunately, dirty. The reflections were really nice to paint and were fun to interact with the locals, while all the sketchers enjoyed their time doing what the love. 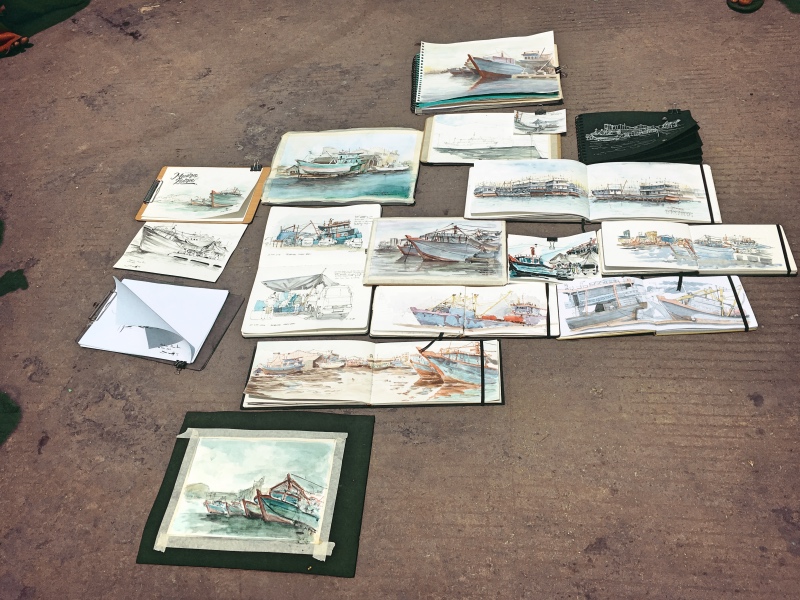 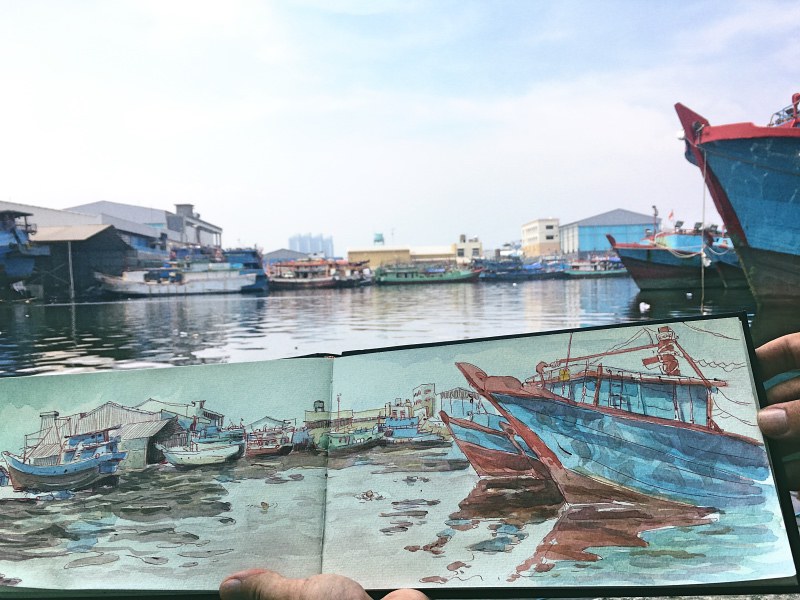 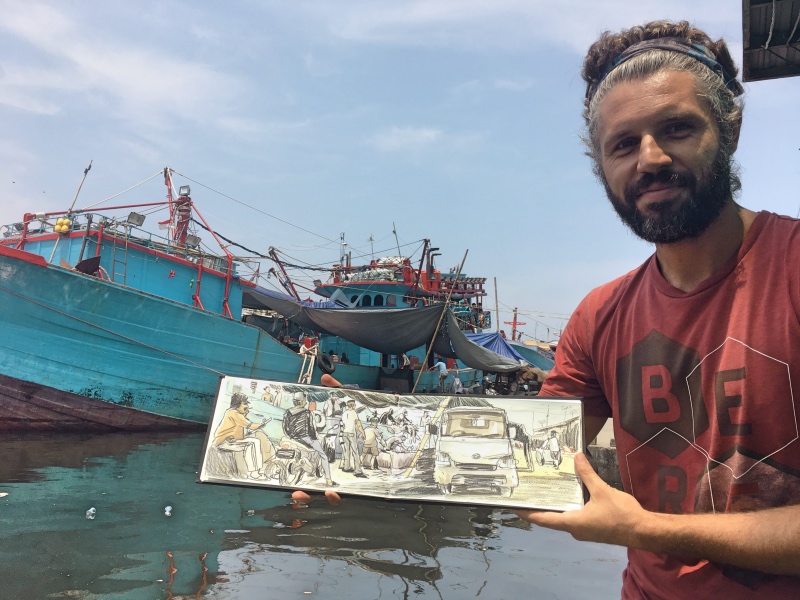 Around 12pm the sun took all of our shadows and transformed that place into a boiling human area. We left after the (classic) group photo and at the very end, Sole, an Urban Sketcher that also does sketchbooks, offer me an A4 sketchbook as a gift. Pitty was so short time and I wish I can meet them again once I’m back. 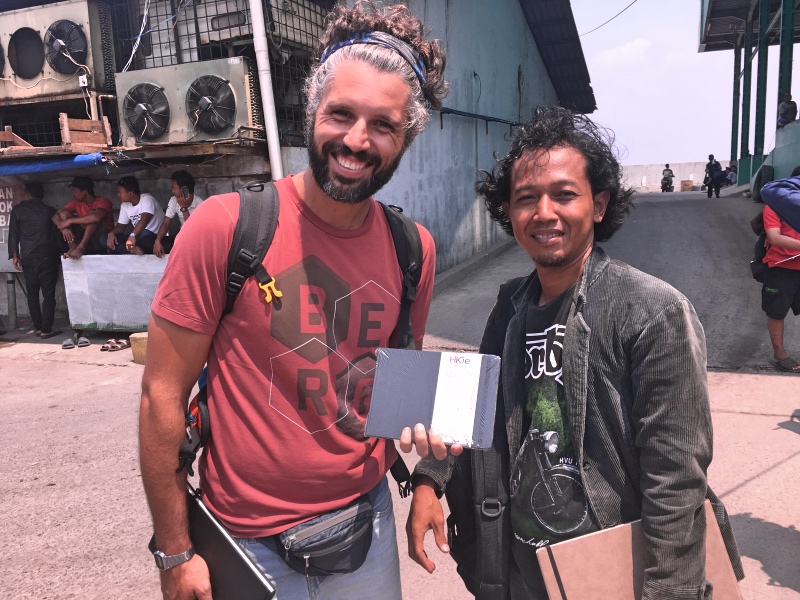 In 2012 I started a World Sketching Tour and since then, this has been my lifestyle. More intense, more for others, more open on how to look and judge. The tour made me get out of routines and safe places, which often leave me numb just seeing life go by slowly. Sketching has aroused my curiosity for “what will it be like on the other side of the mountain?”.

Visite Santiago de Compostela, Spain: What to See and Sketch

Luis and Anisa’s travel site. Sketches, books, bike routes, and tips to inspire and help other travelers on their bike tours and urban sketches.

Share your e-mail to receive our monthly newsletter about the latest articles, books, workshops or exhibitions…